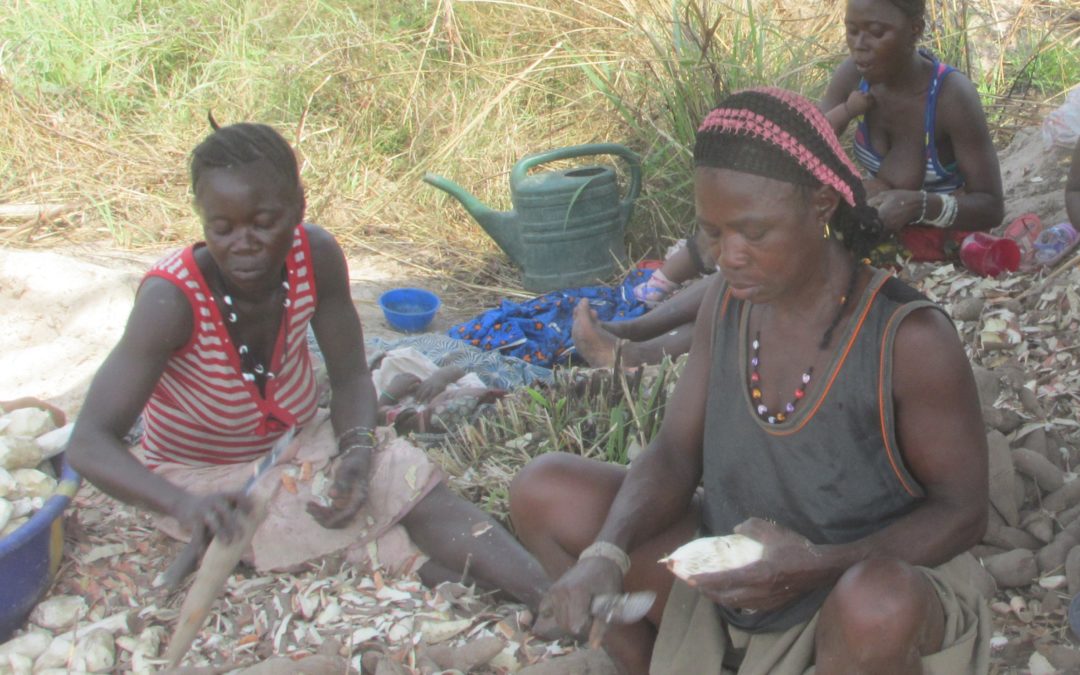 The Faith Healing Agricultural Project (FHAP) is an offshoot of the longtime partner of Bread and Water for Africa®, Faith Healing Development Organization (FHDO) in Sierra Leone and operates with mission of helping small farmers achieve food security.

FHAP does this in several ways including providing these farmers, the vast majority of whom are women, with materials to help them getting off to a good growing season with quality seeds and planting materials.

In addition, FHAP provides the farmers with hands-on training at its demonstration farm, an established support network and even helps them to prepare their land for planting.

FHAP is making a huge difference in the lives of these women farmers, notes FHDO executive director Rev. Francis Mambu.

During the last planting season, over 78 bushels of rice was planted, he reported. The yield was 806 bushels – a return of more than 10 times!

“From the yield during the last planting season, we were able to support about 330 women farmers in different villages,” said Rev. Mambu, adding, “It is also worth noting that the project distributed rice to vulnerable women in the communities to feed themselves and their families.”

Rev. Mambu and FHAP have also been recognized from the highest levels of the government of Sierra Leone for their efforts.

“The Honourable Minister of Agriculture, Forestry and Food Security, Professor Monty Jones thanked FHAP and its partners for the laudable strides they are making in the country, noting that the FHAP rice project is the largest in the entire country,” said Rev. Mambu.

Rev. Mambu noted in the 2018 FHAP Annual Report that about 75 percent of all Sierra Leoneans are engaged in agriculture in one way or another, accounting for approximately 40 percent of the country’s Gross Domestic Product.

“Agriculture is the daily life occupation of most of the people in Sierra Leone, especially for those residing in the rural areas,” he said.

Thanks to the supporters of Bread and Water for Africa®, 315 women were provided with micro finance loans to start their own farming businesses for seed loans and also received technical assistance for their farms.

The women farmers reside in the Yankansa village area in the Bombali District in the northern region of the country which suffered greatly during the decade-long civil war in the 1990s when farms and farming equipment was destroyed.

The land is fertile for farming, and the weather is favorable for crops to thrive, but Rev. Mambu and the women he helps continue to face great challenges.

“The people living in Yankansa and other surrounding villages are poor – they don’t have the money to invest in agricultural activities,” he told us. “Even though almost all of these people are engaged in farming, their output is small because of the lack of funds for expansion.”

For the future, Rev. Mambu and FHAP will continue to empower women in villages throughout the Yankansa community.

“These women groups are doing well and their farms are expanding,” he told us. “Hopefully in the next planting season more women groups will be able to register for support.

“Our deep appreciation goes out to the supporters of Bread and Water for Africa® for their support of FHAP for touching the lives of Sierra Leoneans striving to make better lives for themselves and their families.”