A gift to Kenyan Children- Thank you! Asante Sana! 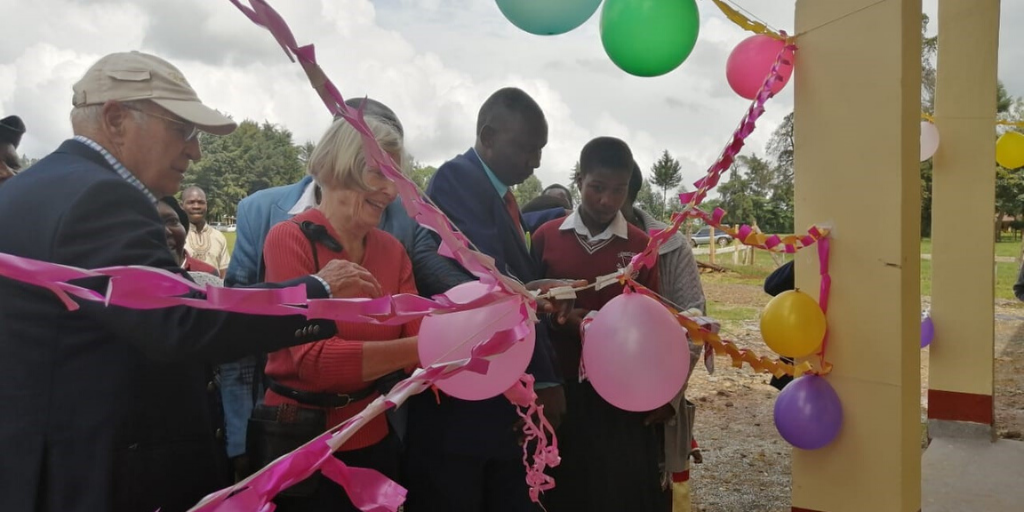 For many years, Richard “Dick” Landis has been partnering with Bread and Water for Africa® to help improve the lives of Kenyan children.

First was his support of the Lewa Children’s Home, the Kipkeino Primary School and Baraka Farm, all integrated under the direction of Bread and Water for Africa® international spokesperson Phyllis Keino.

A successful retired businessman and track coach, Landis and his wife, Toini, have committed the biggest part of his retirement to working in Kenya, so far making the 18-hour trip some 40 times, notes a 2017 article in the Cornell College alumni magazine, his alma mater.

As noted in the article, he and Toini created a foundation to support their efforts which is building a high school and medical clinic with one of his former runners, a tribal elder.

That school is Kebeneti Secondary School in the town of Kericho where Bread and Water for Africa® and Mr. Landis have been partnering together for the past few years, first getting the start-up school established and then working on improvements and upgrades year after year.

That former runner and tribal elder, Titus Korir, noted that the opening of the school four years ago was necessary because there was no secondary school in the area forcing children who had graduated from primary school who lived in the community to walk many miles to the nearest secondary school to continue their education.

Since the opening of the school, Bread and Water for Africa® has teamed up with Mr. Landis to construct six classrooms, as well as the construction of a chemistry lab and physics lab, which we then equipped with modern equipment.

Mr. Landis was quick to recognize the generous contributions of Unilever and the Finley Trust who supporting equipping the labs. “They were very helping with the labs,” he told us.

To accommodate the rapidly growing student body population, we are now in the process of constructing four more additional classrooms.

Most recently, we have just completed the construction of a dining hall and kitchen which was celebrated in grand style with a ceremony commending Bread and Water for Africa® and Mr. Landis on November 24 with ribbon-cutting ceremony attended by Mr. and Mrs. Landis.

In a card written by a student, the student wrote:

You are a person who makes life easier and better for everyone in need.

You put others before yourself, making us feel special and important! It is a privilege and a please to know you Bread and Water for Africa!

We appreciate you Bread and Water for Africa ®. We thank you Mr. and Mrs. Landis.

A plaque on the exterior of the dining hall, known as “Landis Hall,” states: “The construction of this hall was funded with donations from Mr. Richard Landis of Montana, USA, and Bread and Water for Africa. It was officially opened by Richard Landis and his wife Toini on Sunday, 24th November 2019.”

As Mr. Korir stated in his request for assistance in constructing the dining hall, “The dining hall and kitchen are essential as students are currently eating lunch outside and their meals are being cooked in temporary shade.”

down together at lunchtime, the hall will also be used for school assemblies and as a concert hall. 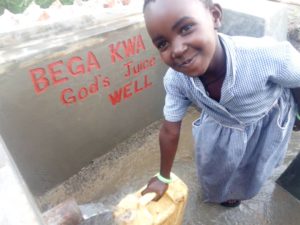